Knowledge and experience at the service of the environment 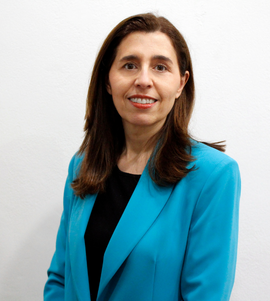 Ana Barreira is a lawyer and founding Director of the International Institute for Law and Environment (IIDMA), an organisation that this year celebrates its 25th anniversary. She is co-president of the energy and environment section of the Madrid Bar Association.

She began her professional career in the Environmental Law Department of the firm Allen & Overy in London in 1993. She was legal advisor for the Spanish Presidency of the European Union in 2002 focusing on the preparatory process for the World Summit on Sustainable Development (Rio +10). She has worked as an international consultant on World Bank and European Commission projects related to both environmental law making and enforcement in Albania, Bosnia-Herzegovina, Croatia, Mexico, Montenegro, Portugal, Serbia, Slovakia, and Turkey, as well as for the European Investment Bank’s compliance mechanism. She has been a lawyer for Oceana Europe litigating on issues relating to access to environmental information, fisheries, mercury pollution and protection of the marine environment.

In her work at IIDMA she has implemented projects on climate change and energy transition, protection of water resources and the marine environment, biodiversity, waste and environmental democracy. She is a member of the IUCN Commission on Environmental Law. She is the author of numerous ooks and articles on environmental law.

She holds an LLM in Environmental Law from the University of London and an LLM in International Legal Studies from New York University.